Also unlike Maslow, Inglehart's socialization hypothesis predicts that people will not generally move smoothly between focusing on higher or lower order as their circumstances change. As was discussed above, once a predilection with lower order needs materialist values or higher order needs Postmaterialist values is established in one's formative years, it tends to remain intact throughout adulthood.

Inglehart contends that these value orientations become ingrained through one's subjective experience of economic in security during one's formative years. The more economically secure one felt while growing up, the more prone toward Postmaterialist values one will be.

Despite Inglehart's general sensitivity to the importance of cultural values, it is interesting to note that his theory of developmental psychology operates at an individual level. The measure he provides for "formative security" consists entirely of questions about one's nuclear family and does not include any reference to the larger society. With regard to Postmaterialism, cultural change happens because economic prosperity produces a large number of families who are able to give their children a sense of security and hence these children are more likely to develop Postmaterialist values.

The cultural shift to Postmaterialism is reducible to the simple aggregation of these individual formative experiences within the family. While the first two parts of Inglehart's theory have been extensively tested, his theory of developmental psychology has only been tested indirectly. In general, Inglehart relies on showing that children brought up in periods of general economic instability tend towards materialism and those brought up in periods of general affluence tend towards Postmaterialism. However, this effect may be caused by factors other than one's personal sense of economic well-being during childhood.

In using social class as a proxy for formative security, Inglehart's reasoning appears to be that those currently in the upper classes were probably in those classes as children, and that upper class families are more likely to provide a sense of formative security to their children. Unfortunately, this is a very noisy measure of formative security because class standing may change over time and "there is no one-to-one relationship between economic level and the prevalence of Postmaterialist values, for these values reflect one's subjective sense of security, not one's economic level per se" Inglehart , p.

Furthermore, the upper classes may indeed pass along. Postmaterialistic values to their children, but they may do this by modeling, lecturing about or rewarding children for displaying Postmaterialistic values; indeed, there are any number of ways these values may get transmitted which have nothing to do with a pre-adult sense of economic security.

Consistent with previous research, we expect materialism to be negatively associated with life satisfaction. To expand on previous research, we plan to perform a more detailed analysis of which aspects of materialism from both Belk's and Richin's definitions are related to various aspects of life satisfaction. Because this research question is exploratory and theory-generating in nature, an inductive approach that seeks to interpret the observed data is appropriate.

In this study we will present the first direct test of the theory of developmental psychology underlying Inglehart's Postmaterialism Hypothesis. This will be accomplished by relating felt economic in security in childhood and adolescence to adult materialism. It is important to clarify that the existence of a cultural shift towards Postmaterialism via generational replacement is not at issue in lie current study. Only Inglehart's theory of developmental psychology is being investigated. If this theory does not work at an individual level, it implies that the cultural shift to Postmaterialism may be due to a different causal mechanism.

Because this research question is theory testing in nature, an deductive falsificationist approach is appropriate. 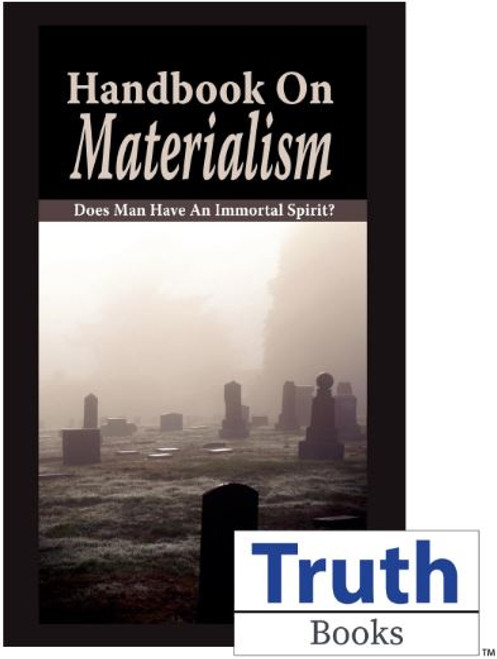 In their cross-cultural study on materialism, Ger and Belk modified and expanded sonic scale items from Belk's original materialism scale.

Timpanaro launches a polemic against the two major tendences of post-war Western Marxism — Frankfurt School critical theory and Althusserian structuralism. On Materialism [Sebastiano Timpanaro] on townrecmocoma.tk *FREE* shipping on qualifying offers. This polemical work presents to the English-speaking world one .

Because this scale measures materialism as a personality variable, it will henceforth be referred to as "Matpers-". Richins and Dawson on the other hand, conceptualized materialism as a set of centrally held beliefs about the importance of possessions in one's life.

Because this scale measures materialism as a value, it will henceforth be referred to as "Matval-". An incremental fit index is used to assess the models' goodness-of-fit. The normed fit index NFI for the two materialism scales are. Well being was measured using a well established instrument described by Andrews and Withey Responses were marked on a 7-point scale ranging from "terrible" to "delighted. Because established scales to measure subjective affluence during childhood and adolescence were not available, measures were created for this study. Three items for two age periods age , were generated to measure the sense of economic well being of the respondents during their fort-native years.

Alpha for the six items as a whole is. Current family income was measured to serve as a control variable. Because respondents were college undergraduates, parental income was judgcd to be the most appropriate indicator of the students' current standard of living. Consistent with past studies, there was a general negative relationship between life satisfaction and materialism see table 1. This shows that Matval is primarily associated with unhappiness through its direct connection to material satisfaction, but it was not inconsistent with the idea that materialists may neglect their social relationship and more intrinsically enjoyable activities in favor of material acquisition.

Looking at the Matval subscales, the happiness subscale, which measures the degree to which respondents believe that acquiring more stuff would make them happy, is clearly the most closely associated with life dissatisfaction. The belief that success in life can be measured by possessions is modestly but frequently related to life dissatisfaction.

But the connection between possessions playing a central role in one's life and being dissatisfied with one's life is fairly weak, although still statistically significant for the scale as a whole.

Whereas Matval was most closely associated with distress about life's material pleasures, nongenerous and envious people i. This distinction between Matval and Matpers may reflect a difference in the conceptual breadth of the two measures. Matval measures a tightly focused group of beliefs about material consumption. But Matpers taps into broader personality traits.

One can envy one's neighbor's spouse as well as her or his car, and one can be nongenerous with one's time or love as well as one's money. Hence, the potential breadth of these Matpers constructs may help explain their significant relationship to so many aspects of life satisfaction. Preservation is measured by three statements: 1 1 like to collect things, 2 1 have a lot of souvenirs, 3 1 tend to hang on to things I should probably throw out. Hence, preservation might tap into what Csikszentmihalyi and Rochberg-Halton called "instrumental materialism" which includes using material objects as symbols to strengthen interpersonal relationships.

If this finding is confirmed in further research, it leaves researchers two options; either re-define materialism so as to exclude preservation, or develop theories that overtly recognize materialism's possible positive effects as well as destructive aspects. Future research might explore the possibility that people differ in a general ability to form close attachments.

Hence, those likely to form close friendships arc also likely to become attached to their possessions and score high on Preservation. No matter what their income, a depressing number of Americans believe that if they only had twice as much, they would inherit the estate of happiness promised them in the Declaration of Independence. We physically alter or destroy the ecosystems in which many species live when we log virgin forests for wood and paper products; when we build sprawling cities that destroy wetlands; when we turn vast areas of land into agro-industrial zones.

What matzah can you identify in your life? What are the physical items in your household that really do nourish you and assist you in the fulfillment of your dreams? To what are you enslaved? In what areas of your life are you in need of liberation? The original Exodus was much more than a collection of personal liberations. It was a collective liberation, a liberation of an entire people. How can we engage our society in an Exodus from materialism and over-consumption? How do we begin the journey towards the Promised Land, a land rich in community, rich in opportunities for the development of our human potential, and rich in relationships with each other and the rest of the planet?

http://checkout.midtrans.com/mujer-soltera-de-pioz.php Consumption is thus a treadmill, with everyone judging their status by who is ahead and who is behind. The following readings are designed for use during the seder to supplement the Haggadah that you are using. Each of the readings corresponds to a traditional part of the seder. How might matzah as simple food redeem us now?

Much of the media and marketing industry propagates the illusion that spending more means living better. Research also suggests that some people are more susceptible to marketing and overspending than others.